Cheerleading has come a very long way in its relatively short history. Although the cheers and jumps may vary and the uniforms may be different from squad to squad, these facts unite cheerleaders under the same common heritage.

While cheerleading got its start in the U.S. in 1884 when the male pep club at Princeton started cheering for their football players, cheerleading dates back to the 1860s in Great Britain. In the beginning of the sport, from first cheerleaders Thomas Peebles and Johnny Campbell, this was a male-dominated field. In fact, the first cheerleading fraternity, Gamma Sigma, was all male. Women didn't even begin to join cheerleading until almost 40 years later. 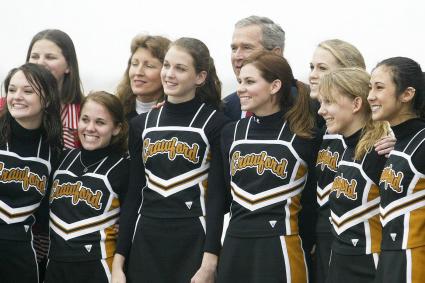 On December 23, 2018, the largest cheerleading cheer was done by over 2,102 people in Hangzhou, Zhejiang, China. It was recorded by the Guinness Book of World Records.

Holding another current entry in the Guinness Book of World Records, the largest cheer pyramid had 60 girls creating one giant pyramid. It was recorded in August 2017 in New Zealand.

According to statistics from Statista.com, there are more than 3.82 million cheerleaders in 2017 in the U.S. alone. Of those cheerleaders, 83 percent keep a B average and 70 percent play a second sport. 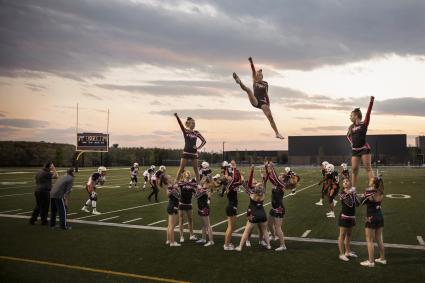 Pom-Poms Were Actually a Decoration

In their beginnings, pom-poms were used as a decoration for cheerleaders and made of paper. However, usable pom-poms were designed and manufactured with a hidden handle by Lawrence Herkimer (Herkie) in 1953. These pom-poms were then improved upon by Fred Gastoff in 1965.

The NCA was founded in 1948 by Herkie, who would go on to make pom-poms. This cheerleading leader also created the first uniform company.

The University of Minnesota allowed women to join their cheerleading squad in 1923. They were practically the only one that allowed women until the 1940s. It is hard to imagine since the field is dominated by powerful women today.

The NFL didn't have cheerleaders until the 1960s. The first team to have an official squad was the Baltimore Colts. However, cheerleading in the NFL didn't really take off until the Dallas Cowboys introduced more choreographed dance routines for the 1972-1973 season.

Texas is often associated with cheerleading, but sometimes, it's not in a good way. There was a mother in Texas who tried to hire a hitman to kill a rival cheerleader's mom so her daughter could be on the squad.

The Most Dangerous Girls Sport

Cheerleading is considered the most dangerous sport for girls with it accounting for about 66 percent of all injuries. According to statistics, these injuries were considered catastrophic, including concussions, torn ACLs and broken bones. 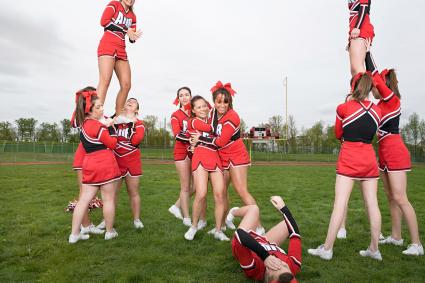 In 2018, the female dominated sport of NFL cheerleading had men join the squad of the Los Angeles Rams. Both men are classically trained dancers and are the first males to join cheerleading in the National Football League.

While cheerleading camps can be traced back to the 1940s and stunts to the 1970s, competitive cheer teams didn't take off until the 1980s. Rather than just rooting for the team, these athletes focus on gymnastic stunts and dancing. This area is also heavily regulated.

While cheerleading began in the late 1800s, it took until 1975 for actual cheerleading routines to become a thing. The first recorded actual routine was at the Universal Cheerleaders Association (UCA) College Spirit Camp. The cheerleading skills demonstration was accompanied by music.

The Many Faces of Cheerleading